The incident occurred early Saturday morning when 29 year old Shaudae McMillan says her and a friend were traveling on North Central Expressway near Downtown Dallas.

McMillan says a man side swiped her car and when they pulled over to exchange insurance information he became irate, cursing and then punching her in the face multiple times. He also punched her friend multiple times while she recorded and contacted police. 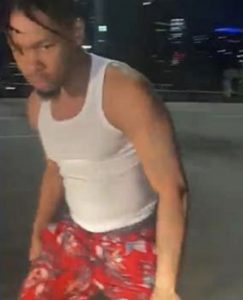 The man then hopped back in his vehicle and fled the scene before officers could arrive. It was said he was wearing a a white vest and red shorts at the time of the assault. He also appears to have multiple tattoos from shoulder to wrist on one arm.

Anyone with any information regarding this incident is asked to contact Dallas police.