On Monday, the man who shot Lady Gaga’s dog walker
was given 21 years in prison.

James Howard Jackson, one of three men who was involved in the vicious robbery, pleaded no contest to attempted murder. 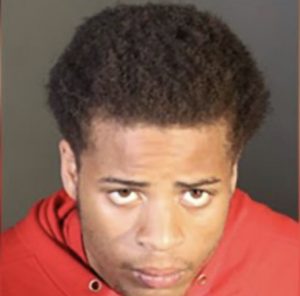 “The plea agreement holds Mr. Jackson accountable for perpetrating a cold-hearted violent act and provides justice for our victim,” one officer noted in a statement.

As he waited to stand trial, Jackson had been mistakenly freed from jail before he was captured again.

How Lady Gaga was involved happened to be a coincidence, and the reason for the shooting was the value of the French Bulldogs. This is a breed that can cost thousands of dollars. However, investigators don’t think that the thieves were aware that the dogs were owned by the musician.

Fischer had been walking Gaga’s three dogs, Gustav, Koji, and Asia as he was attacked, shot, and two of the dogs were taken.

An unidentified woman eventually found the dogs and gave them back to Lady Gaga’s workers.

Although Fischer survived the shooting, he did lose a portion of his lung.

In a statement, he thanked Lady Gaga and first responders for their assistance in the matter.

“…you have shown so much support throughout this whole crisis to both me and my family. But your support as a friend, despite your own traumatic loss from your kids, was unwavering. I love you and thank you,” he continued.