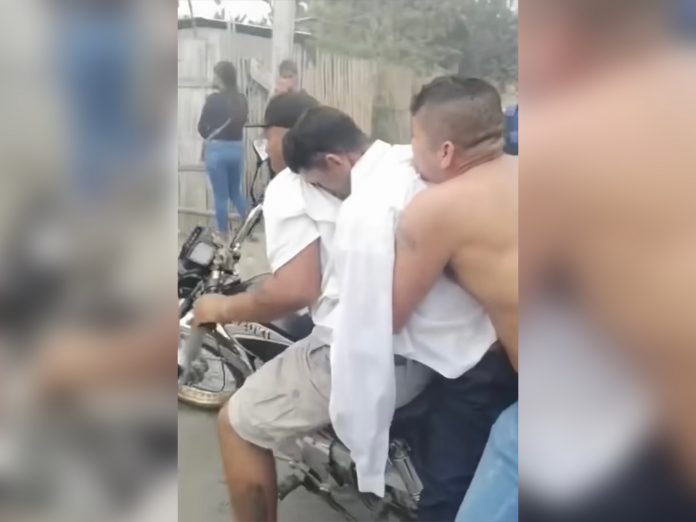 Erick Cedeno, 21, was fatally shot last week in Ecuador while heading towards a funeral.

To give him a proper “send off,” his friends took his corpse out of the coffin to give him one final ride on a motorcycle. Reports also indicate that alcohol was poured in the coffin as a celebration ensued.

Video footage shows the pals put the dead man’s body behind the driver. Another friend was positioned behind it to make sure it didn’t fall off.

The motorbike then traveled down the road as friends that organized it cheered and waved their hands in the air.

Even though the friends say the parents of Cedeno gave them permission, officials criticized the actions, calling it bizzare.

Because the funeral was a private function, authorities haven’t investigated and no one was apprehended.

In some countries it is normal to take a family member’s body out of the grave and then wash and place new attire on the deceased relative.