Frank was born and raised in Covina, California. He played the Green Power Ranger from 1993-1996.

Although, he gained fame as the Green Ranger he also played the White Ranger, Red Zeo, and Red Turbo Ranger. In 2004 he came back as the Black Dino Thunder Ranger. 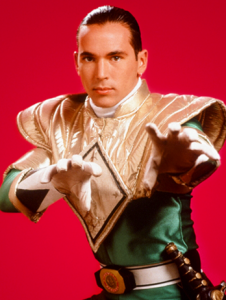 He also starred in the 1995 and 1997 movie “Mighty Morphin Power Ranger” and “Turbo: A Power Rangers Movie.”

Frank was a professional MMA fighter from 2008 to 2010. He was also a very skilled martial artist when it came to Taekwondo, Jiu-Jitsu and many more.

Although Frank’s official cause of death has not been released, TMZ reported that sources close to the family say he died by suicide.

A spokesperson for Frank released a statement saying, “Please respect the privacy of his family and friends during this horrible time as we come to terms with the loss of such a wonderful human being. He loved his family, friends and fans very much. He will truly be missed.”