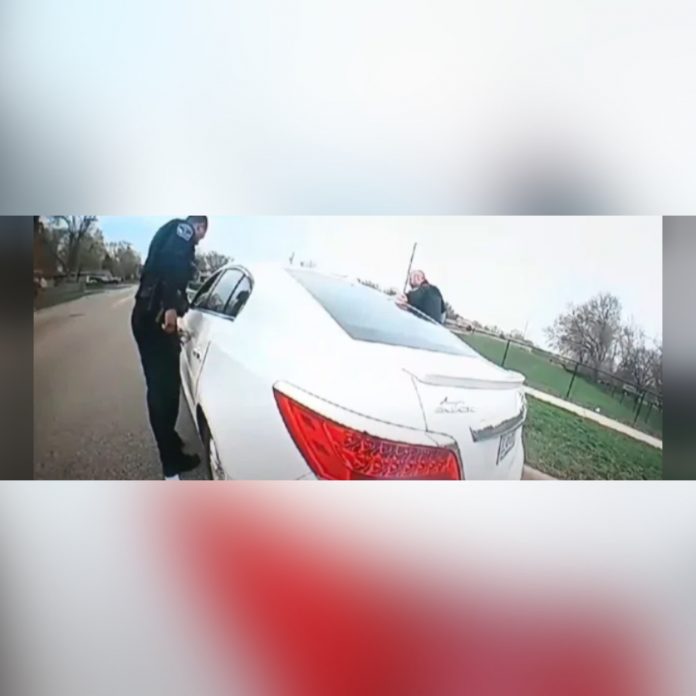 The police officer who has shot an unarmed black man in Minneapolis during a traffic stop on Sunday has resigned – alleging shooting him accidentally thinking she grabbed her taser instead of her handgun.
The resignation of the Brooklyn Center Police Officer, Kim Potter, happened after the second night of protests that roared through the city streets. Hundreds of demonstrators stood in solidarity angered at Daunte Wright’s death, which some clashing the previous night with police.
Brooklyn Center Mayor Mike Elliott said in a statement early Tuesday that the city was assessing the options in Potter’s job and said that he “believed the officer should be fired.”
Daunte’s death is ranked the third high-profile death of Black man during a police encounter in the Minneapolis area in the past five years, after the shooting death of Philando Castile in Falcon Heights in 2016 and the death of George Floyd in Minneapolis last year.
Along with Wright’s death, the officer’s body camera, being released on Monday sent raw emotion through the Brooklyn Center community, just ten miles from where the trial of Derek Chauvin is being held – the former Minneapolis police officer accused of killing George Floyd last year –is being held.
Chief Mike Elliott released in a statement saying the officer who shot Wright – identified as state officials as Kim Potter – showed to have mistaken her gun for a Taser and was placed on administrative leave at first.
Protesters gathered near the Brooklyn Center Police Department Monday and for a second night on Tuesday in which they defied the curfew that was in place. Demonstrators threw “bottles, fireworks, bricks and other projectiles at public safety officials.” According to Operation Safety Net who posted on Twitter, a joint effort of local agencies meant to ensure public safety during the Derek Chauvin trial.
During these protests, police officials responded to several repots of break-ins and looting. A total of 40 arrests were made, Minnesota State Patrol Col. Matt Langer said in a statement early Tuesday.
Elliott told news reporters that he wants “everybody to stay home, but we also are going to protect people’s rights to gather peacefully.”
“I can’t accept that – a mistake. That doesn’t even sound right,” he told ABC’s “Good Morning America.” “He talked about the officer and her length of service – saying she had been with the Brooklyn Center Police for 26 years.
The mother of Daunte Wright says she wants to see the officer who shot her son accountable for everything she has taken from the family.
“It should have never, ever escalated the way it did,” Katie Wright told news reporters.
More on this developing story…