On Sunday night, a body was found in the area where authorities were looking for a teacher who had gone missing, in Memphis, Tennessee.

Authorities have confirmed the body found is Eliza Fletcher, who was kidnapped Friday morning while jogging.

The body was located less than a mile from where an observer told police they saw the suspect who was apprehended on Saturday. He had been seen cleaning blood out of a vehicle.

The witness also told authorities that the kidnapping suspect, Cleotha Abston, 38, was washing clothing and behaving weirdly. He is already facing kidnapping charges. 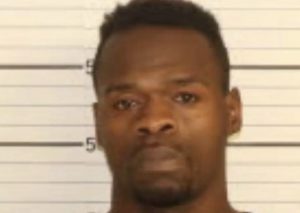 Police have camera footage of the kidnapping and say that Fletcher, 34, was forced into a vehicle. Abston’s sandals were discovered, close to the woman’s belongings, linking him to the crime.

Fletcher has two children and is an educator at a private school. She was abducted, close to 4:30 a.m., while jogging near the University of Memphis.

Fletcher is the granddaughter of a late Memphis billionaire who was the founder of a hardware supply business.

Authorities arrested Abston over the weekend and he is facing first-degree murder in perpetration of kidnapping, in addition to kidnapping and other charges previously filed.