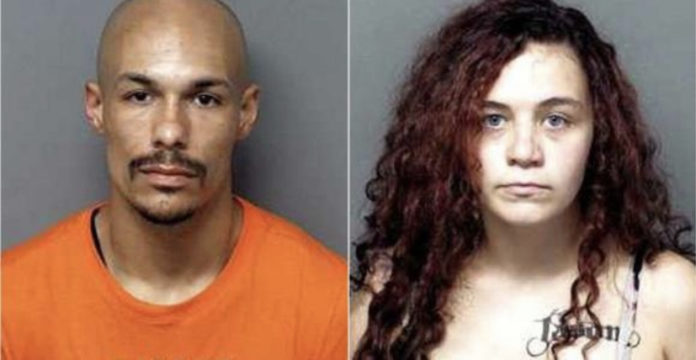 A couple from Missouri has been arrested and taken into custody on charges of Second-Degree Murder Wednesday after their two-month-old baby passed away from a methamphetamine overdose that happened last fall, according to police officials.
According to news reports, Kayla A. Brewer 19, and Jason C. Williams, 29, both residents of Jefferson City, have been arraigned on charges of second-degree murder, child abuse/neglect, delivering a controlled substance, child endangerment causing death, and receiving stolen property.
Both suspects are also facing two counts each of possessing a controlled substance. However, Williams faces a total of four counts of child endangerment creating a “substantial risk”, according to court officials.
The Cole County Sheriff’s office released information in the case. Saying the child died last September at a home in Pitchfork Valley. On Oct 8, police arrested the couple on drug and endangerment charges, according to investigators.
After performing an autopsy on the child, medical examiners stated that the child died in an apparent homicide from exposure to “a very significant amount of methamphetamine, released in a statement.
After the finding, the police then arrested and charged the couple in relation to the child’s death.
The couple is still currently behind bars and behind held with no bond, according to jail records.