On Tuesday, the mother of two brothers charged with killing a Chicago police officer, was apprehended.

Authorities stated that the mom of Emonte and Eric Morgan tried to get inside her son’s room at a hospital. Police said that the woman kicked them as they tried to make her leave the location. 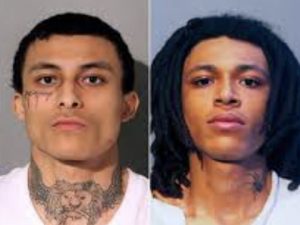 Her charges include misdemeanors of battery, trespassing, and resisting.

Officer Ella French was shot and killed after a traffic stop in Chicago. Her partner is still in the hospital.

Authorities say Eric, 22, was driving the car  at the time. He has been charged with unlawful use of a weapon by a felon and obstruction of justice.

Both of their bonds were denied.