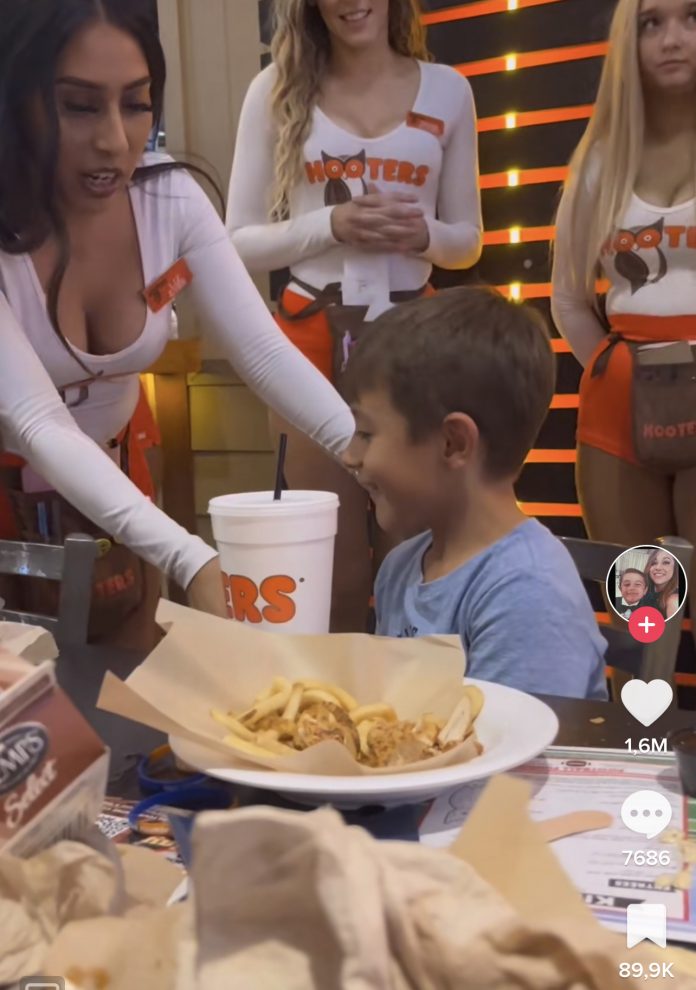 As a TikTok video received over 6.9 million views, parents of a 5-year-old boy have experienced some backlash. This was in response to them taking the child to Hooters for his birthday.

The boy is seen seemingly enjoying himself as several vivacious waitresses sang “happy birthday” to him.

Many people have expressed their dismay for the parents “forcing sexualized stuff on him.”

“Who tf is taking their child to Hooters, especially on his birthday?” questioned one person.

“Bro, he’s five. What’s he doing in Hooters? Great mom and dad,” someone else stated.

In the video, multiple Hooters workers, wearing tight booty shorts and little shirts, were seen dressing the birthday boy up like a bird. He was given a faux beak made from paper and two orders of wings, as well.

The women then urged everyone in the restaurant to sing “happy birthday” as the boy flapped his arms to the song.

Some people on social media didn’t seem to see a problem with the situation.

“This is so adorable. A memory he will never forget,” one supporter commented.

“Little buddie is living the dream,” someone else wrote.