A Chicago mother has been arrested for fatally shooting her 12 year old son over a sd memory card Saturday.

According to reports Fallon Harris,37 confronted her son, Kaden Ingram,12 about a missing memory card. 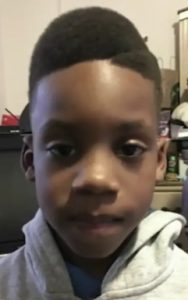 When Ingram said he did not have it, Harris allegedly shot him.

The child was still conscious after the first shot.
Harris allegedly walked out the room came back and asked the child again where the memory card was.
When he failed to respond she shot him again.
Authorities say the incident was caught on home video surveillance.

Harris confessed to shooting the boy over the phone to relatives who contacted authorities.
Police and emergency crews arrived to the residence on the 8000 block of South Bennett Avenue.

Ingram was transported to the University of Chicago Medical Center where he was pronounced dead.

Family members and Ingram’s father say Harris was suffering from mental illness.
Harris was arrested and charged with murder. She is being held in jail with no bond.