A mother has been charged with 2nd degree murder after leaving her 6-month-old baby in a hot SUV.

On August 14th, around 3:45 p.m., Ivy Lee, 22, flagged down a off duty deputy because her baby was not breathing in Lake Charles, Louisiana according to the Calcasieu Parish Sheriff’s Office.

Another deputy arrived and the deputies attempted to resuscitate the infant. The 6-month-old was sent to the hospital and pronounced dead. 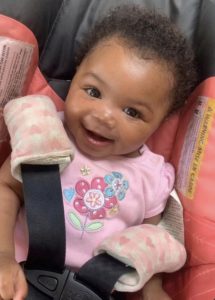 In the investigation report, police say Lee changed her story after first telling them the child was not in her care. The mother later confessed to leaving the infant in the car while she was at work for 5 hours.

“She stated that she initially left the car running, but a coworker later told her the car was later running, and she turned her vehicle off,” Guillory said.

Police also found marijuana in Lee’s vehicle and that was not a first offense. Lee was also arrested in 2019 for abandoning a two-month-old in a vehicle.

Lee was charged with second-degree murder and possession of marijuana and her bail was set at $1,204,000.