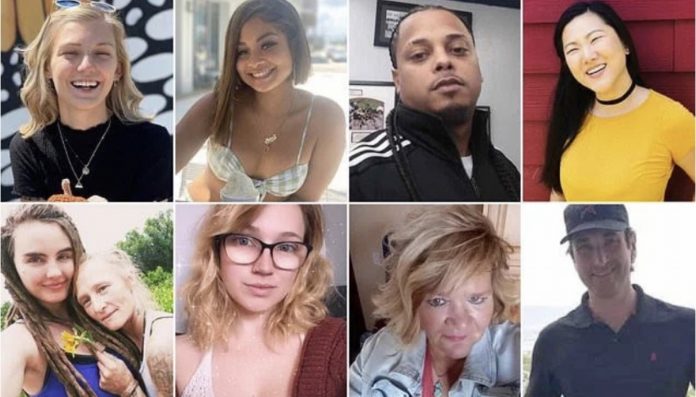 During the search for Gabby Petito and Brian Laundrie, authorities have discovered bodies of nine other people.

The most recent discovery was that of 22 year-old Emily Ferlazzo. On Monday, her parents had reported her missing after her husband stated that he had not seen her. They were traveling the country for their first wedding anniversary. He allegedly admitted to shooting her and cutting up her body.

Lauren Cho, 30, was found in Yucca Valley earlier this month. She had been missing since June 28 when she was last seen with her ex-boyfriend and friends.

Sara Bayard, 55, was discovered at the same time off of a highway in California. She had been missing since July.

Petito’s disappearance has peaked a new concern with missing people and domestic violence cases. There are alot of relatives still looking for their family members.