An off-duty NYPD officer fatally shot the man he believed was having an affair with his wife, before taking his own life on Sunday night.

Police sources say, NYPD officer Sean Armstead, 36, called in sick before tailing Edward Wilkins, 20, on suspicion that he was sleeping with his wife, Alexandra Vanderheyden, 35.

Vanderheyden allegedly met Wilkins when she hired him to work at the dog walking business she owns.

Sources say, Armstead, who was off-duty and in his Dodge Charger, followed his wife and her alleged lover, Wilkins, who were in a Hyundai. 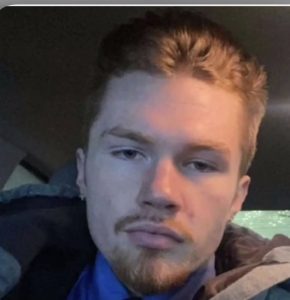 Continuing on the pursuit after their dinner, Armstead rammed his Dodge Charger into Wilkins’s Hyundai in a Buffalo Wild Wings parking lot. Wilkins jumped out of his car and ran, trying escape.

Armstead then grabbed his gun and fired 16 rounds at his wife’s alleged lover, who was still running away.

Wilkins was struck in the head and the back before he collapsed to the ground. Armstead then turned the gun on himself and pulled the trigger, dying by suicide.

Both men were pronounced dead at the scene.

The NYPD officer’s wife told police she believes her husband was tracking her location through her phone.