An off duty New Orleans police officer was killed and another victim critically injured at a Houston restaurant Saturday.
Officers responded to a shooting call at the Grotto Ristorante located on the 4700 block of Westheimer Road.
A group of people were sitting on a patio eating when two men approached them asking for their belongings.
The group of people complied but one of the suspects opened fire striking two people.
One of the victims were later identified as NOPD Detective Everett Briscoe, who was transported to an area hospital where he died.
Another victim was also shot and transported to an area hospital in critical condition.
The suspects fled the scene in a four door silver or grey Nissan Altima with paper plates. 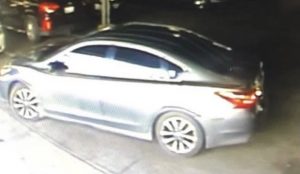 Houston PD is asking anyone with information to contact police.