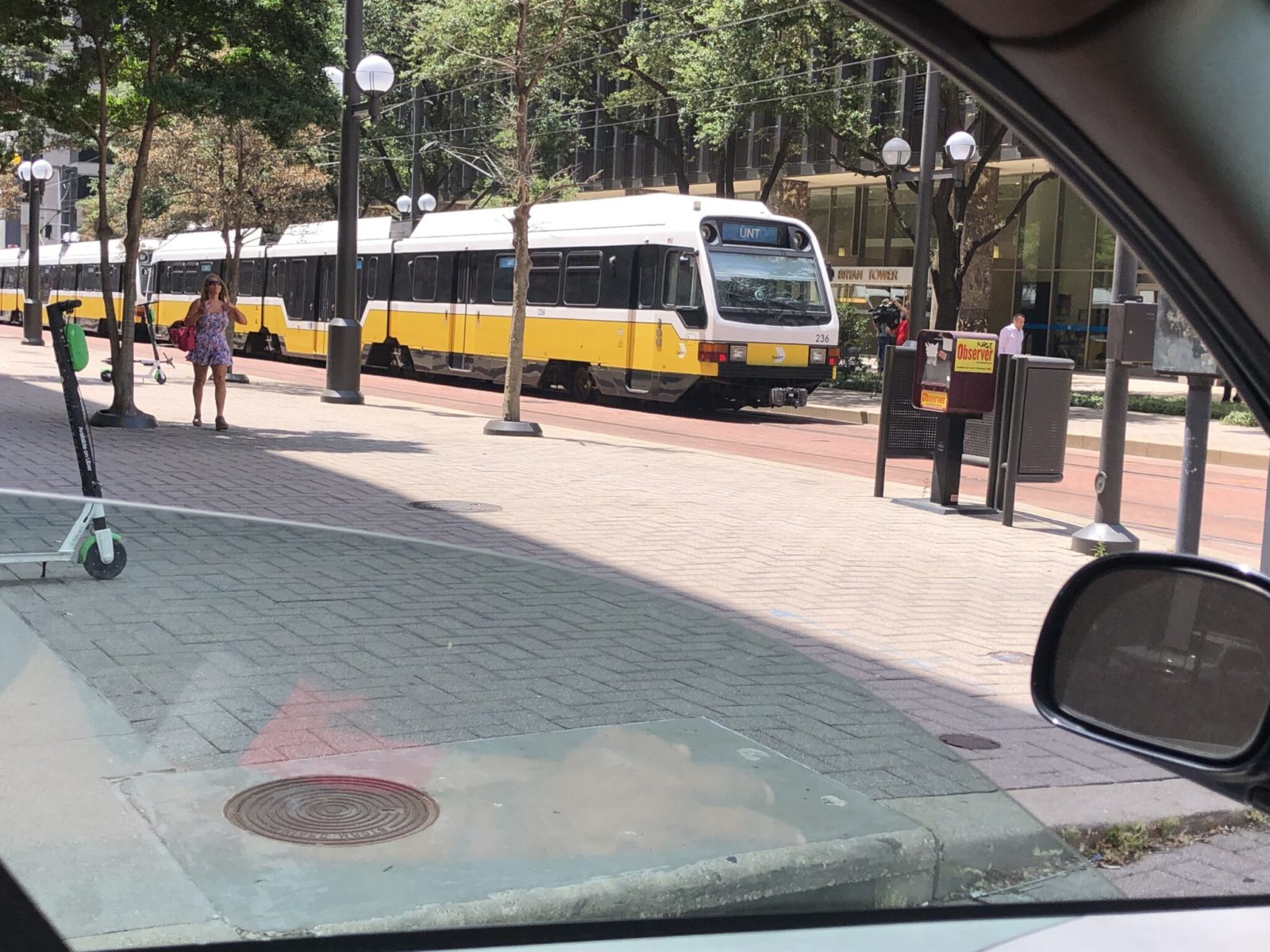 An off duty police officer was injured Tuesday afternoon after being struck by a DART train in downtown Dallas.

According to reports an off duty officer was jaywalking and wearing headphones when he was struck by a DART train.
The incident happened between Olive and Bryan St at the Pearls Arts District Station.

The officer was transported to Baylor hospital in serious but stable condition.
DART police are investigating.