A 32-count indictment has been given in the death of 23 year-old Elijah McClain who was involved in a situation with Aurora, Colorado, police over two years ago. 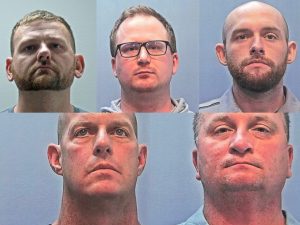 Some were also charged with recklessly causing injury with a deadly weapon and other offenses.

In August 2019, McClain was walking home from a store after purchasing a beverage. Officers confronted him and slammed him on the ground. A carotid hold was performed while paramedics administered 500mg of ketamine to put him in a calm state.

Additionally, paramedics gave the wrong dosage of ketamine based off the man’s weight. Prosecutors say the employees didn’t monitor the man during or after the dosage was given, either.