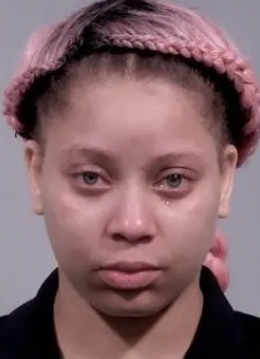 An Ohio woman was arrested Thursday after leaving her two daughters in a motel room
while she worked at a pizza shop.
According to reports officers responded to a call of children possibly being left alone in a motel room at a Motel 6 on Belmont Avenue.
Once officers arrived they found two young girls age 10 and 2 inside the motel alone.
Authorities asked the 10 year old where her lot her was and she replied at work and that she would be back by 10pm.
Officers found the mother, Shaina Bell,24 working at a nearby pizza shop and she told officers that she has someone check on them every hour while she works.
She was arrested and charged with two counts of child endangering but has since been released on bond.
The children were released to the father custody.