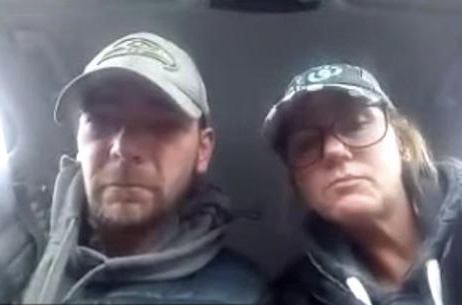 James and Jennifer Crumbley are heading back to the Oxford, Michigan area.

Prior to this, a “Be On The Lookout” alert was issued for the two who are the parents of teen shooting suspect Ethan Crumbley, the alleged Oxford High School shooter.

“The Crumbley’s left town on the night of the tragic shooting for their own safety. They are returning…They aren’t fleeing… despite recent comments in media reports,” the Crumbley’s lawyers stated. They added that officers held a press conference to disclose the charges but didn’t contact them.

Oakland County officials noted that they didn’t know what charges were going to be filed or when. They stated that if they would’ve known, they would’ve kept better watch over them.

On Friday afternoon, they were charged with involuntary manslaughter in relation to the shootings. Police say that the plan, on Thursday night, was for the parents to turn themselves in, but they ceased communication.

Text messages, a firearm purchase, and a meeting on the day of shooting all led towards the parents being held liable.