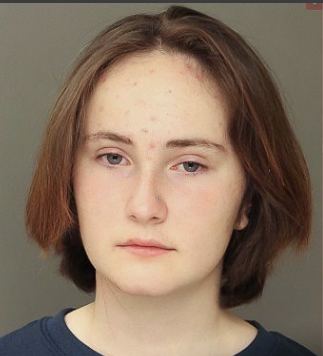 A teen from Pennsylvania, diagnosed with cerebral palsy, was found brutally stabbed to death in her home early Monday morning. Her 14-year-old sister was arrested and charged with the murder. This incident devastated their local community.
Hellen Miller, 19, was discovered in her bedroom at her home in Manheim Township just after 1 o’clock in the morning with a stab wound to her neck. Her sister, Claire Miller, phoned 911 to report that she had just murdered her sister, according to the Lancaster County District Attorney’s Office. 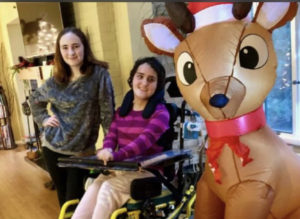 Manheim Township Police Chief Tom Rudzinski told reporters via phone that Hellen did utilize a wheelchair but they have not confirmed if she was confined to it.
According to police officials as of Wednesday, there is no motive.
The chief mentioned the community is still trying to piece together how this terrible tragedy came about.
“I think the community wants to know the ‘why,” the chief said. “But as we stand here today, I don’t think we’ll ever know they why.”
Arriving officers found Hellen laying on her back with her hands up by her head and a blood-stained pillow that was over her face, according to arrest records.
Investigators say that Helen had been brutally stabbed by what they described as “a large knife” while her parents were sleep in the wee hours of the morning. No further information on what happened before the stabbing was made available.
Claire Miller was a 9th grader enrolled at the Lancaster Country Day School, a private school only with 600 students attending.
The Head of School, Steven Lisk told news reporters that the private school’s community was in great shock and still trying to make sense of it all.
“Parents everywhere love their children, and any parent – I know myself, included __ the idea that your life turns on a dime and changes is just a horrifying reality for a parent, Lisk said. “So, our hearts collectively go out to them.”
Claire was arrested at the scene Monday. She remains behind bars at the Lancaster County Prison as of Wednesday.
Claire Miller is being charged as an adult in the death of her sister due to the fact that homicide is not considered a delinquent act in the state of Pennsylvania.