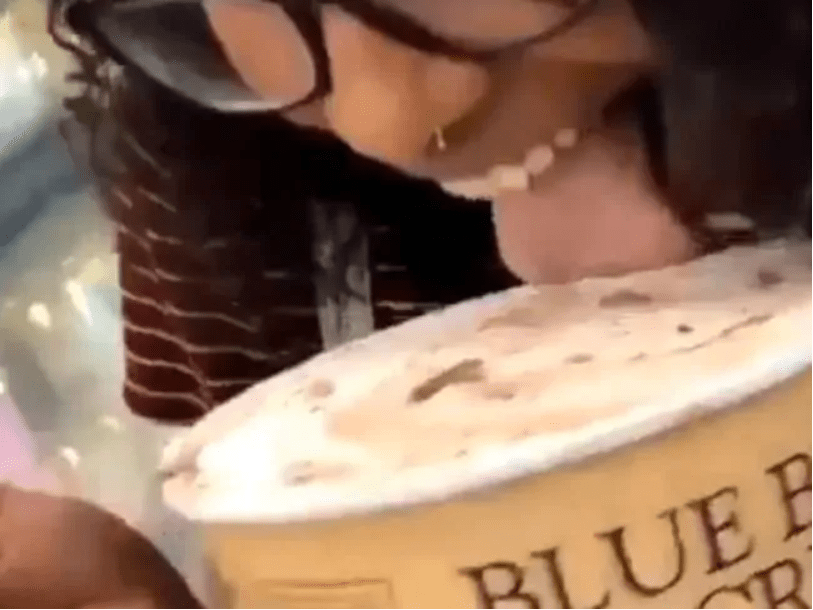 Lufkin police have identified a juvenile teen out of San Antonio as the person seen licking the top of some ice cream and then placing it back in the store freezer.

Lufkin police say they have spoken with the juvenile who was there visiting her boyfriend at the time. They will not release her name because of her age but says she will be arrested and charged with a second degree felony of tampering with a consumer product.
Detectives are also trying to identify the male seen in the video footage walking in Walmart with her and filming.

The incident initially took place on June 28 at a Walmart located at 2550 Daniel McCall Dr where the teen was seen entering Walmart and grabbing some Tin Roof ice cream out the freezer, taking the lid off, licking it before replacing the lid and placing the ice cream back in the freezer. The video has received over 12 million views on social media.
Blue Bell has released a statement saying “The safety of our ice cream is our highest priority and we work hard to maintain the highest level of confidence of our customers. Food tampering is not a joke, and we will not tolerate tampering with our products. We are grateful to the customers who alerted us and provided us with information.”