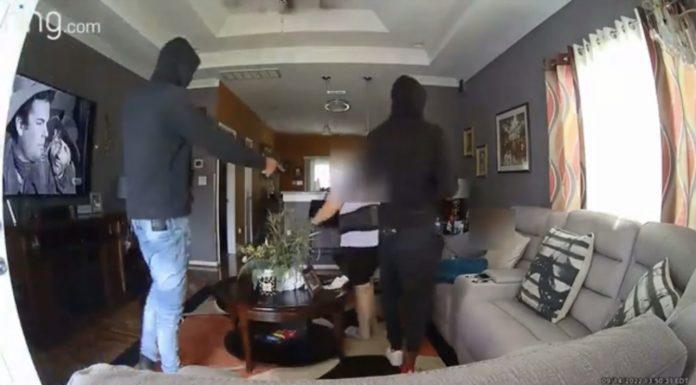 Authorities are looking for two men that were caught on video threating an elderly couple into a linen closet at gunpoint in Virgina.

On September 14, around 1:50 p.m. deputies responded to reports about a home invasion on the 2600 block of Turnpike Road in the Portsmouth area.

The elderly couple was not injured.

Both men are wanted for armed burglary, use of a firearm, abduction, and conspiracy to commit a burglary.