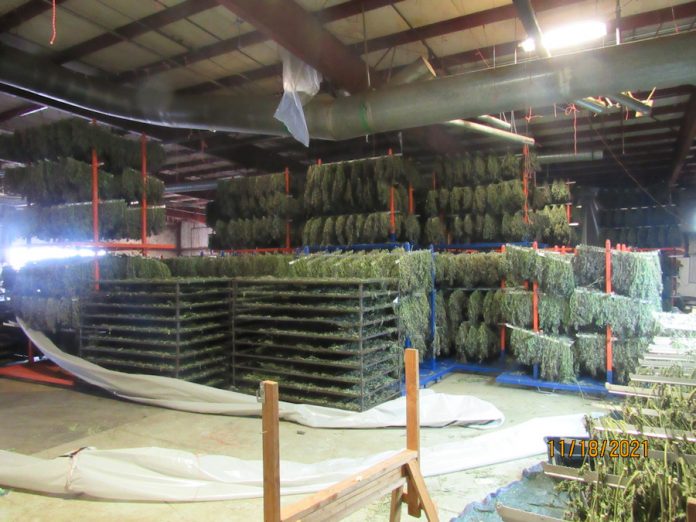 Last week, state police in Oregon seized a gun and 500,000 pounds of illegal marijuana in an operation outside of Medford. Authorities say that the drugs had an estimated street value of $500 million.

In 2015, Oregon legalized marijuana, allowing persons 21 and older to use it with certain limits. However, manufacturing the drug without a license is not permitted.

About 100 people were located in the facilities. Police noted that many of the people found in the warehouses were migrants who were residing at the locations. Some were held, identified, questioned, and then let go. Authorities say that the living conditions were found to be “subpar,” and there was no running water.

Authorities say that stabbings, robberies, thefts, homicides, car accidents, and DUIs have increased and are directly connected to the rise of the marijuana-cannabis business in the area.

An investigation is ongoing.