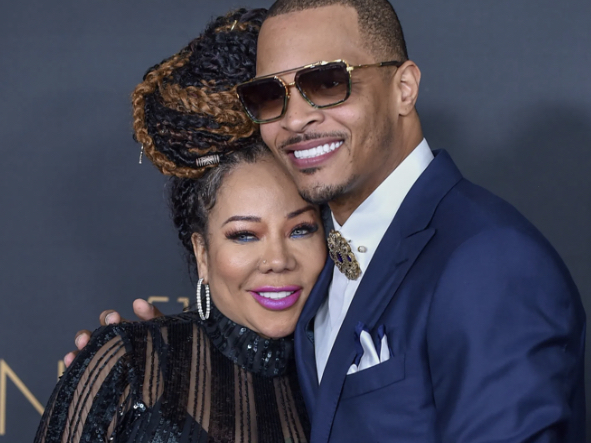 Rapper T.I. and his wife Tiny have been accused by multiple women of sexual abuse.
Earlier this week Sabrina Peterson publicly made a post saying that T.I. held a gun to her head while her children were there and released a statement on her Instagram saying, The sad part about being a woman & BEING A BLACK WOMAN IS THIS! The public PRAISES OUR PREDATORS! @troubleman31 you PUT A GUN TO MY HEAD IN FRONT OF CHILDREN & I NEVER CALLED THE POLICE ON YOU! But for years you have painted me as the VILLAIN! AS BLACK WOMEN! It’s hard to heal from RAPE, VIOLENCE OR ANYTHING BECAUSE YOU ARE PAINTED AS THE PROBLEM OR REASON THIS HAS HAPPENED TO YOU! LETS NORMALIZE THE ALLOWING BLACK WOMEN TO HEAL! It’s so hard being the VICTIM OF RAPE & BEING PAINTED AS THE REASON IT HAPPENED!,”
Well new accusations have come out since then, the rapper and his wife are now being accused by 15 other women that they drugged or made them take cocaine or molly before engaging in sexual activity.
The couple’s spokesperson went on record to publicly say in a statement, “Mr. and Mrs. Harris want to be on record and more importantly want the public to know they emphatically deny in the strongest way possible the egregiously appalling allegations being made against them by Sabrina Peterson. The Harris’s have had difficulty with this woman for well over a decade. They are taking this matter very seriously.”