A 27-year-old Juris Doctor who just landed her dream job at a law firm was fatally shot by a stray bullet while celebrating with loved ones.

Alaina Henderson, from Killeen, outside of Rose Bistro near San Antonio when she was struck by gunfire from three men involved in an altercation. Henderson and one of the men involved in the argument, Justin D. Hutchieson, 26, both succumbed to their injuries and were pronounced deceased.

Shortly after the September 11th incident, police released the identity of 22-year-old Darrick Oliver Jr., who they believed to be the shooter. 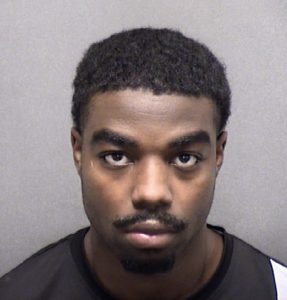 Oliver was captured in Waco at a family member’s home following a several-hours-long standoff. Authorities say his mother helped turn him in.

Oliver is currently in the Bexar County Jail facing charges of capital murder.