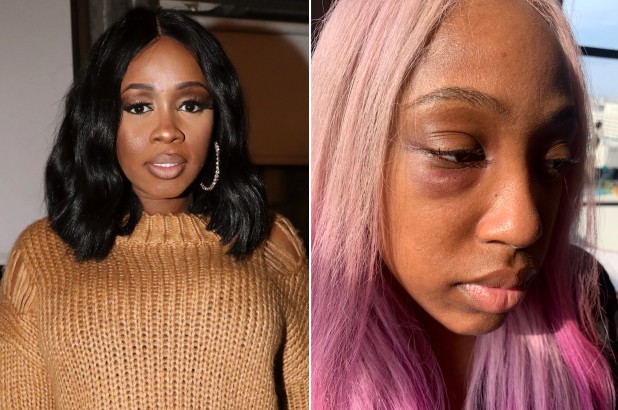 Rapper Remy Ma has surrendered herself to Ny police after being accused of assault.

According to reports Reminisce Smith,38 aka Remy Ma has been accused of assaulting Love and Hip Hop New York co star Brittany Taylor,29 on April 16 at a benefit concert at Irving Plaza in the East Village.
Sources say Smith turned herself in to police Wednesday afternoon and bonded out for $1500 later that night.

Taylor claims Remy Ma punched her in her right eye causing her to have to seek medical attention.
Smiths attorney Dawn Florio claims her client did not touch Taylor and that they have proof she was at home during the time of the alleged assault. Florio says “this is clout chasing at the highest level”.
The judge ordered a temporary order of protection and scheduled Smith back in court May 24.

Taylor’s attorney Sanford Rubenstein said his client is cooperating with police and that she has full confidence in our system of justice.