Margaret Lorrain Smith, 62, is one of Texas’s most wanted. Now, the reward for any tips, during September, that lead to her arrest has risen to $8,500.

Smith allegedly took her husband, George Smith, to Surfside Beach, in Texas, one evening in 2007. Authorities say that while he was sitting in the sand, a hired hitman struck him several times with a metal object until he died.

Smith and the hitman were indicted for capital murder. The killer was convicted. On the other hand, police have been searching for Margaret Smith since August 2009. She was out on bond at the time.

Smith was last observed in San Antonio at a Wal-Mart. She was entering a maroon, four-door sedan.

To add, Brazoria County Crime Stoppers will also give $5,00 for knowledge that leads to her apprehension. 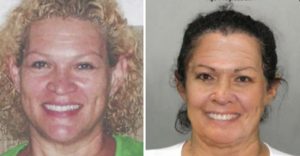 Smith is 5’6 and about 1651bs. She often wears a wig and has a mole under her right eyelid.