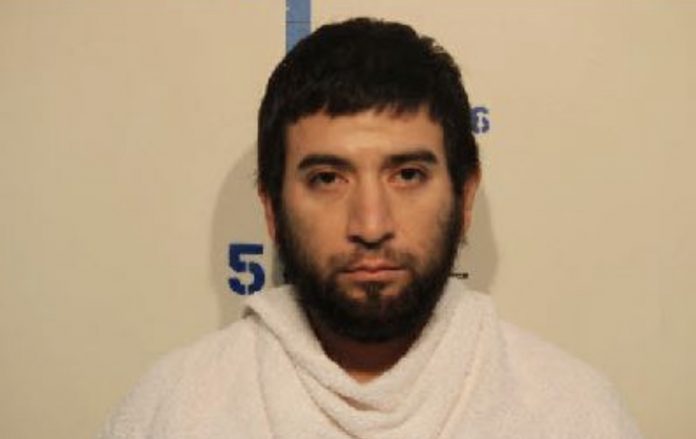 Monday, a Rockwall County Jury has found Joel Vega, 31, guilty of Possession with Intent to Deliver Methamphetamine in an amount of more than 4 grams but less than 200 grams. It took the jury less than 20 minutes to come back with a guilty verdict.
Vega is set to spend the next 45 years in prison and must pay of fine of $10,000.
On July 28, 2020, Rockwall Police saw a vehicle suspiciously parked in an empty parking lot in the 2700 block of Sunset Ridge. Officers Clayton Lamb and Brittany Layne then approached the vehicle and found two people in the vehicle, in which Vega was in the driver seat and police saw marijuana residue on his clothing.
Upon being questioned by the officers, Vega initially provided the police with a false name and said he had no drivers license or identification. The officers told the individuals to get out of the vehicle. Upon the officers searching the vehicle, they found a black backpack where Vega’s wallet had been located along with other ID’s that had been stolen in a prior Dallas burglary.
After further search of the backpack, officers also found ten individual baggies of methamphetamine along with scales to weigh drugs and several empty baggies uses for packaging narcotics. Xanax Bars and another bag of marijuana was also located in the black backpack.
In the punishment phase of the trial, Assistant District Attorney Ty McDonald presented evidence of Vega being previously convicted and sentenced to the Texas Department of Corrections for multiple prior offenses including: Aggravated Robbery, Aggravated Assault, Unauthorized Use of a Motor Vehicle, Forgery, Burglary of a Motor Vehicle, and Theft.
“The jury sent a strong message to Mr. Vega and other drug dealers from Dallas County that this type of criminal activity will not be tolerated in Rockwall County,” said Assistant District Attorney, Ty McDonald. “This five-time convicted, and drug-dealing felon will no longer be able to poison our community.”
“The criminal justice system continues to be hard at work in Rockwall County,” said Rockwall County District Attorney Kenda Culpepper. “Our Thanks to the jurors who showed up to do serious work at the courthouse over the last week. It is important that criminals know they face serious time by committing crimes here – this time of uncertainty.”