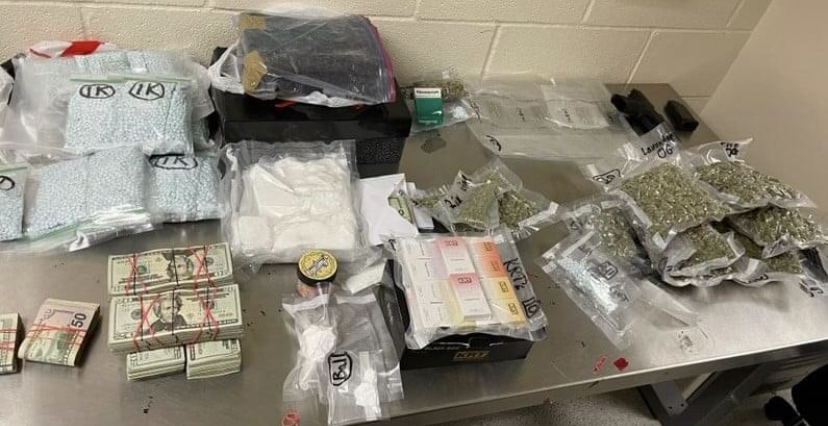 Two people were arrested in Plano during a routine traffic stop early Friday morning.
Officer N. Chilton pulled a car over for speeding in which a second patrol car assisted with officer L. Bedford.
During this time officers determined both the driver and passenger had warrants for their arrest.
While attempting to handcuff the driver of the vehicle he began to fight with officers, in which they were able to regain control of the suspect and make an arrest without further incident.
More officers arrived to assist with the call in which they searched the vehicle and found a stolen handgun, over $26,000 in cash, over 30,000 oxycodone pills, large amounts of cocaine, heroine, marijuana and other narcotics.

The passenger was also arrested and taken into custody for his warrant.
Both suspects face charges including multiple drug offenses, resisting arrest, theft of a firearm and unlawful possession of a firearm by a felon.