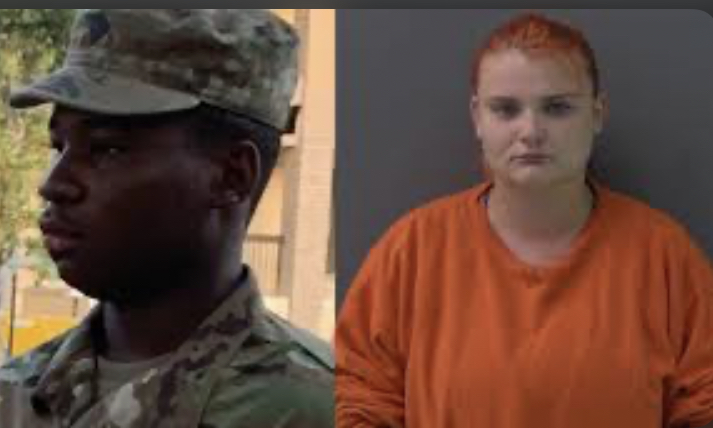 A 22 year old woman has been identified as the second suspect in connection with the death of missing Fort Hood soldier Vanessa Guillen.
Cecily Aguilar,22 was the estranged wife of Aaron David Robinson,20 who committed suicide Wednesday after authorities made contact with him.
Aguilar told investigators that Robinson told her he killed Guillen by striking her in the head with a hammer on April 22 while on base.
He then allegedly admitted to transferring the body off base to Bell County and asking Aguilar to help dispose of the body.

Aguilar told authorities she recognized the body that she helped dismember and dispose of as Guillen.
Authorities have not positively identified the remains found in Bell County.
Upon conviction, Aguilar could face up to 20 years in prison and a maximum $250,000 fine.
She is currently being held in Bell County Jail.