A Texas semi truck driver was arrested in Indiana after he was caught with nearly 300 pounds of cocaine in his truck.

The Indianapolis Metropolitan Police Department detectives received word that a large amount of narcotics would be passing through Marion County on November 30.

IMPD spotted the semi trailer at a rest area on I-70 at mile marker 64 in Hendricks County. They used a narcotics k-9 to positively identify the smell of narcotics.

Authorities obtained a search warrant for the truck and found about 130 kilos worth of cocaine with an estimated street value of $13 million. 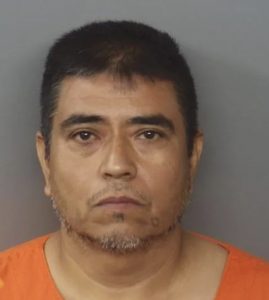 IMPD Chief Randal Taylor said in a statement, “ This investigation indicates the great work of our Interdiction Detectives and the partnerships they have formed with other agencies to locate and remove illegal narcotics off the streets.”