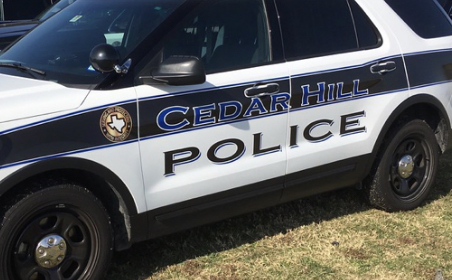 Cedar Hill police are investigating a shooting at the Midtown apartments that left one man injured Wednesday afternoon.
Officers responded to a shooting with injuries on the 600 block of Uptown Blvd and when they arrived they located an injured male sitting inside his vehicle at a local business.
The victim told authorities he was shot at the Midway apartment complex and left the apartments to find a safe location to wait for police.
The victim told authorities he did not know his shooter and was transported to a nearby hospital with a gunshot wound to the shoulder. He is expected to survive.
During investigation authorities learn that the victim was meeting a friend with whom he was dating.
The friend told officers she has a jealous ex boyfriend, who is believed to be the suspect. While on scene, the ex boyfriend arrived and when approached by officers he fled on foot. Officers conducted a search of the area using the DPS Helicopter and K9 Unit but were unable to locate the suspect. Police found a firearm in a backpack nearby while searching for the suspect.
The investigation remains ongoing.