A substitute teacher in Illinois has been arrested after a student claims the teacher physically assaulted him.

The incident happened last week at Benny Middle School in Waukegan, Illinois when two students were engaged in a verbal argument.

It was stated that the victim, Brandon Cole,14 was arguing with another student in science class when a substitute intervened.

Instead of the substitute breaking up the argument he seemed to make it worse by punching Cole in his face and breaking his finger. 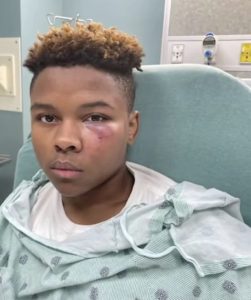 The Waukegan Community Unit School District Supt. Theresa Plascencia has offered her support and stated that the teacher has been terminated and is banned from working in District 60.

Although the teacher has been arrested Cole’s mother feels charges should be filed.