The Irving Police Department is asking for the public’s help in locating a suspect in a fatal hit and run crash.

The incident occurred last month when 19 year old Josh Reyes was killed by a drunk driver in Irving on N. Beltline Road and Conflans Road.

The suspected driver, 29 year old Daniel Cabrera, was said to be speeding when he struck Reyes causing him to crash into a tree. 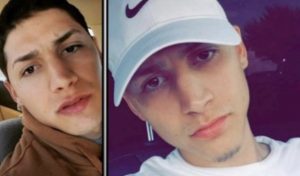 Following the crash Cabrera and others hopped out a red Mitsubishi Lancer and took off on foot.

Authorities believe the suspect may have been involved in a speed racing event not too far from the crash.