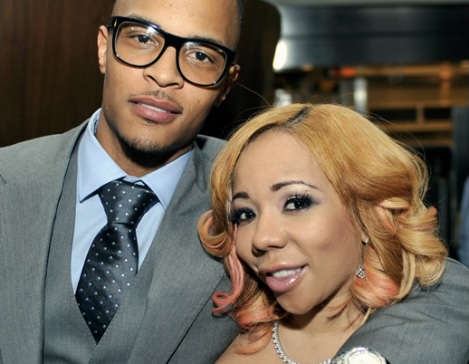 VH1 has suspended production on the hit reality T.I. & Tiny: Friends & Family Hustle following numerous sexual abuse allegations brought against T.I. Harris and wife Tiny aka Clifford Harris and Tameka Harris.
A spokesperson for MTV Entertainment said in a statement that, “We are aware of the allegations, and while they are not connected to our show, we have reached out to T.I. and Tameka Harris, as well as local and state officials. Given the serious nature of the allegations, we have decided to suspend production in order to gather more information.”
Although the allegations have nothing to do with their show both parties came to a mutual agreement to postpone further productions.
Filming for the fourth season started in December.
Just last month the couple were faced with allegations of putting a gun to Glam University CEO Sabrina Peterson’s head in front of her children.
A spokesperson for T.I. Harris and Tiny said in a statement, “The Harris’s have had difficulty with this woman for well over a decade. They are taking this matter very seriously, and if these allegations don’t end, they will take appropriate legal action.”