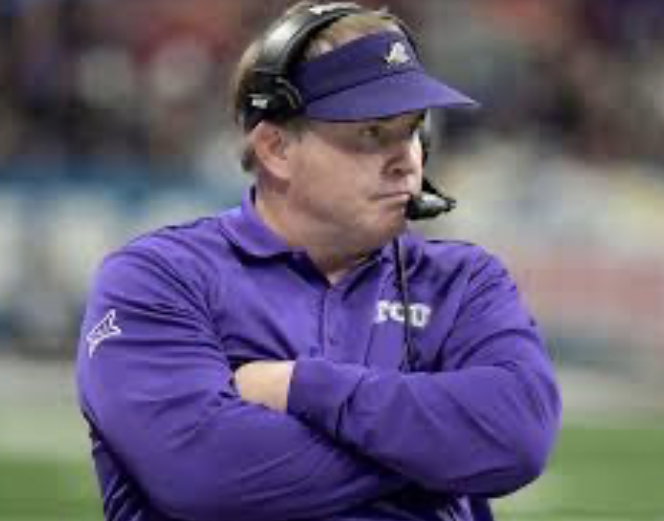 TCU Horned Frogs head coach Gary Patterson has apologized after being accused of making a racial slur towards a player Monday.
According to reports sophomore linebacker Dylan Jordan released a statement Monday saying that Patterson used the N- word while talking to him Sunday.
Jordan says the incident occurred after he posted a picture of his girlfriend for National Girlfriend Day.
He alleges that Patterson called him a brat and then threatened to send him back to Pittsburgh, Kansas.
Jordan claims that when he responded back to coach Patterson’s response thats when he used the racial slur towards him.
After teammates learned about the incident they all refused to go to practice Monday but several of the teammates said they heard Patterson use the N-Word but not directly towards anyone.
Patterson posted an apology to social media Tuesday morning saying, “I met with our Seniors and Leadership Council last night about how we move forward as a team, together. We are committed as individuals and as a program to fighting racial injustice of any kind.
I apologize for the use of a word that, in any context, is unacceptable. I have always encouraged our players to do better and be better and I must live by the same standards.
Our players, past and present have always been the strength of our program. These men are and will always be my motivation and driving force.”