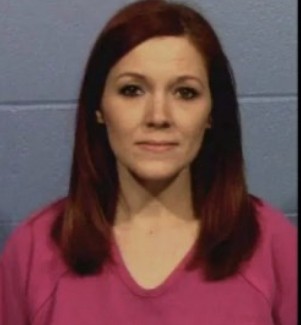 An Austin teacher was arrested after she was accused of having an improper relationship with a student in her classroom.
Randi Chaverria,36 was arrested after a student told staff that the teacher was performing oral sex on him twice a week in the classroom.
Apparently the teacher engaged in sexual acts with the student throughout the first semester.
School officials were notified about the situation on November 18 and Chaverria resigned as a family science teacher on November 19.
She has been charged with having an improper relationship between an educator and a student.