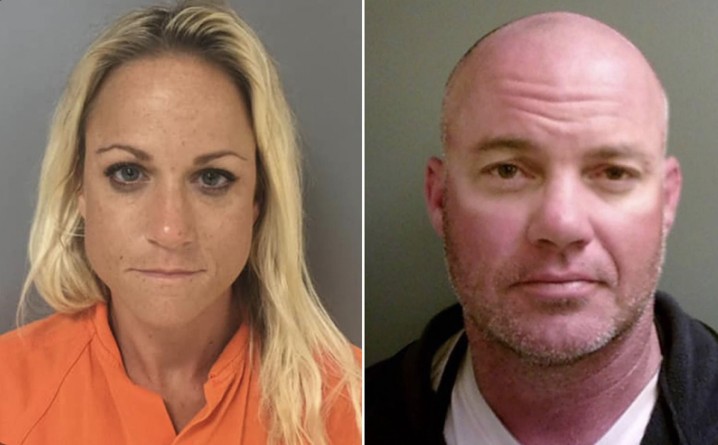 On Monday, Louisiana junior high school teacher Cynthia Perkins and her husband Sheriff Deputy Dennis Perkins were sued for allegedly feeding tainted cupcakes to a class at Westside Junior High School in 2018 and 2019.
The cupcakes contained her husband’s semen inside of them.
According to authorities, the couple was arrested in October  on the charges of “rape, sexual battery, video voyeurism, mingling harmful substances, obscenity, and producing child pornography.”
Forty-four-year-old Dennis Parkins is also being charged separately with sexually abusing an animal.
There were many lawsuits against the school stating that the Livingston Parish School Board was being negligent when the incident occurred.
One of the lawsuits against them was from a family whose daughter not only ate the cupcakes, but she had seen explicit pictures by Cynthia Perkins and that she allegedly photographed and videotaped their daughter as well.
The next lawsuit claim to the Perkins was from the father of one of the victims’ student, the student has been unable to find employment ever since the incident had occurred due to severe depression.
Another lawsuit against the school was that a mother and her child have been suffering from mental health issues and insomnia since the allegations arose.
The school Board attorney denied these allegations after the lawsuits had been filed.
Police were alerted, due to a tip from the National Center for missing and exploited children last October,  and allegedly found the couple with a naked photo of themselves with a minor.
To get rid of the evidence, it is stated that by authorities that Dennis Perkins thew his phone over a bridge. A statement was released by his boss, Sheriff Jason Arid said “It is a sad day for us, for all law enforcement officers, when you arrest one of your own. I do not condone these alleged acts. I am disappointed. I have always considered Denny a friend and a family member.”
Dennis Perkins had been the head of the SWAT team as well as being with the Livingston Parish Sheriff’s Office since 2002 before he was arrested. His wife Cynthia Perkins taught English at Westside Junior Highschool since 2006, she resigned on the same day as her arrest.
The couple is in custody without bond and the trial has not been set yet.