A 17-year-old girl was stabbed to death after picking up shifts with a coworker who had previously made her uncomfortable in Colorado Springs.

On June 11, Riley Whitelaw was found dead at her job at Walgreens in the employee break room. Justin Zunino, her manager found her and called 911 stating there was “blood everywhere”. 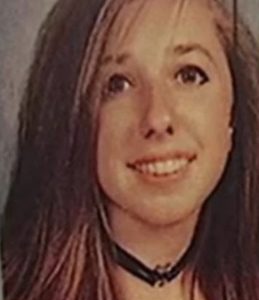 When Colorado Spring Police arrived at 6820 Centennial Blvd they found Whitelaw with multiple stab wounds to her face, neck, chest, arms, legs and hands. There was a puddle of blood surrounding the victim’s head. Her shirt was described as “blood-soaked” and her shoes “blood-stained”. She was pronounced dead at the scene, according to police.

The autopsy report stated that Whitelaw was stabbed at least 42 times. Medical examiners believe that the stabs to her neck were the most fatal. She also suffered injuries from blunt force trauma, according to the report. The cause of death was “a result of multiple sharp force injuries of the neck.

The day after the Gruesome murder, Joshua Johnson, 28, her coworker, was arrested on U.S. Interstate Highway 25 without incident by Colorado State Patrol troopers. He was charged with one count of first-degree murder. When he picked up officers noticed bruises and scratches on the suspect’s face.

Investigators found out from the manager Zunino that Whitelaw “had complained about Joshua about a year ago because he had made advances toward her, and it made her feel uncomfortable.”

“Several weeks ago, Riley had requested to work a different schedule because Joshua made her feel uncomfortable,” it states in the affidavit. “When she made another request for additional hours, she was told it would require working with Joshua.”

Walgreens is under the burner after everyone feels like it was the employer’s place to fix the situation.

“Riley did everything right, and the company did not,” attorney Ian Kalmanowitz says. “A young woman like Riley, who’s at work with somebody who is creeping her out, was making unwanted advances at her, if her employer doesn’t know about it, the employer can’t do anything about it, so she has an obligation under the law to report that. But once she does that, it’s her employer’s job – it’s their requirement – to keep her safe.”

Johnson is currently being held in the El Paso County Jail without bond.