Three people were shot at an un-permitted trail ride in Cotton Valley Louisiana over the weekend.

Sheriff’s deputies and emergency personnel arrived to a chaotic scene with hundreds of people trying to leave the area. After pushing through the crowd, authorities were able to reach the location where they discovered three people who’d been shot. The victims were transported to the hospital for treatment. 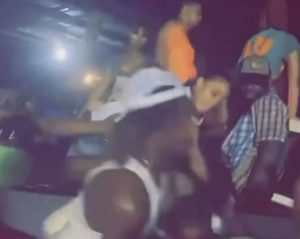 One of the victims, a 17-year-old student at Minden High School, arrived at the hospital in critical condition. She is currently awake and speaking with investigators.

The other two victims, one male and one female, were both shot in the arm. They have since been released from the hospital.

Multiple weapons and shell casings were recovered from the scene.

Authorities say the shooting started after two females at the trail ride began to fight.

The sheriff says smaller trail rides have taken place at the same location before with no incidents.