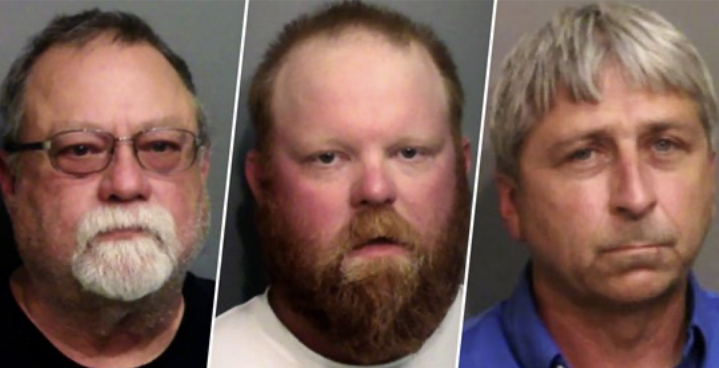 Three suspects were indicted Wednesday by a Georgia grand jury for the killing death of Ahmaud Arbery.
Gregory McMichael,64, his son Travis McMichael, 34, and their neighbor William “Roddie” Bryan, 50, all face allegations of malice and felony murder in the Feb. 23 death of Arbery.

Wednesday’s indictment included charges of malice murder, four counts of felony murder, two counts of aggravated assault, false imprisonment and criminal attempt to commit false imprisonment.
Arbery,25 was shot to death after being chased by the McMichaels while he was out jogging on Feb. 23 in his Brunswick neighborhood.
The mcMichaels believed he was a burglar and began pursuing Arbery in their pickup truck and then shooting him in the street.
They were arrested on May 7 and Bryan was arrested a couple weeks later.
Cobb County District Attorney Joyette M. Holmes said “This is another step forward in seeking justice for Ahmaud, We will continue to be intentional in the pursuit of justice for this family and the community at large as the prosecution of this case continues.”