A transgender prisoner has been moved after impregnating two female inmates at the only women’s prison in New Jersey.

A biological male who identified as a trans woman, Demi Minor, has been moved to the Garden State Youth Correctional Facility. This is a state prison that contains all men. However, they house three transgender inmates ages 18 to 30. Minor has been placed in the vulnerable housing unit, reports indicate. 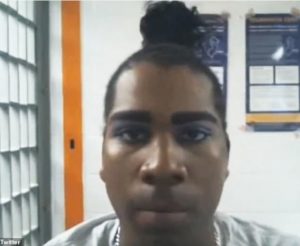 Previously, Minor had been at the Edna Mahan Correctional Facility in Clinton, New Jersey. This is where consensual sexual relationships occurred with two other unnamed prisoners. Officials say that 800 inmates are housed there, and 27 identified as transgender.

In 2021, New Jersey set forth guidelines that makes state prisons place inmates by their gender identities. This came about after a lawsuit settlement with the American Civil Liberties Union of New Jersey.

They union advocating on behalf of correctional officers at Edna Mahan opposed the new guidelines. They argued that it would be “detrimental to the general population of female inmates” and would contribute to added stress.

Last year, New Jersey Governor Phil Murphy stated that he planned to close down Edna Mahan after several abusive occurrences. He said that the women at the facility are at “substantial risk of sexual abuse due to systematic failures that work to discourage prisoners from reporting such abuse.”

The Department of Justice provided a list of recommendations for the prison to implement. They also found that there was “reasonable cause” to believe that Edna Mahan violated the Eighth Amendment as they “failed to protect prisoners from sexual abuse by staff.”