Two Louisiana sanitation workers are heroes after saving a ten-year-old girl’s life after she had been abducted from a home of her family members. 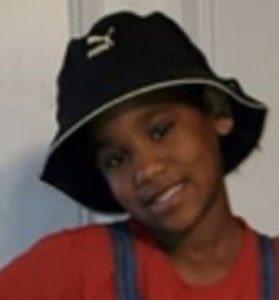 Jalisa Lasalle had reportedly gone missing from the home in New Iberia between the hours of 1 and 2 pm, according to police. Police officials immediately believed that the girl was in imminent danger,” an Amber Alert was put out detailing a gray 2012 Nissan Altima that Jalisa had been seen getting to was issued during the night hours.
The two employees from Pelican Waste & Debris, Dion Merrick, and Brandon Antoine, felt a funny feeling when they saw a silver car just sitting in the middle of a field just 20 miles away in St. Martin Parish while on their route of trash pickup Monday morning.
“Something told me…. I said, what’s that car doing off in the field like that?” Merrick said in a video posted to Facebook Live.
They then proceeded to block the car in with their garbage truck which prevented the car from escaping and waited there until police arrived, added Merrick.
“I blocked the truck in, making sure he couldn’t get out,” he said.
After the responding officers praised Merrick and Antoine for their quick actions, Merrick began to tear up.
“She’s safe right now,” Merrick said, adding that he has a little girl of his own.
The Chief Executive Officer of Pelican, Roddie Matherne commended his employees in a statement to news reporters.
“We couldn’t be prouder of Dion and Brandon,” Matherne said in an email. “In fact, all of our Pelican Waste team have been heroically working without fail during the pandemic quietly, professionally, and consistently service the communities where we collect garbage and debris. They often respond in other ways while on the road. This was an exceptional thing that may very well have saved a little girl’s life.
Discovered on video surveillance, the suspect, Michael Sereal, 33, is seen being taken into custody by police. The suspect also shouted to police, “Why are you doing this to me!?” as he was being led away.
Sereal, a New Iberia resident, is currently behind bars being held without bond on charges of aggravated kidnapping of a child and failure to register as a sex offender, according to jail records. He is listed on the New Iberia sex offender website for a conviction of carnal knowledge of a juvenile. 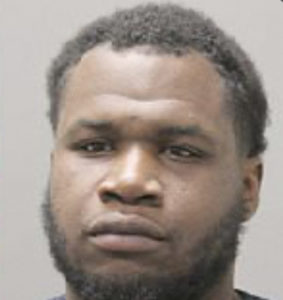 Legal counsel for Sereal is unclear at this time.
The child was seen my medical personnel right after she was found according to Louisiana State Police. A photo has been put up on the sanitation companies Facebook page, following the rescue, showing her posing next to Merrick and Antoine.
This investigation is still ongoing, according to investigators.