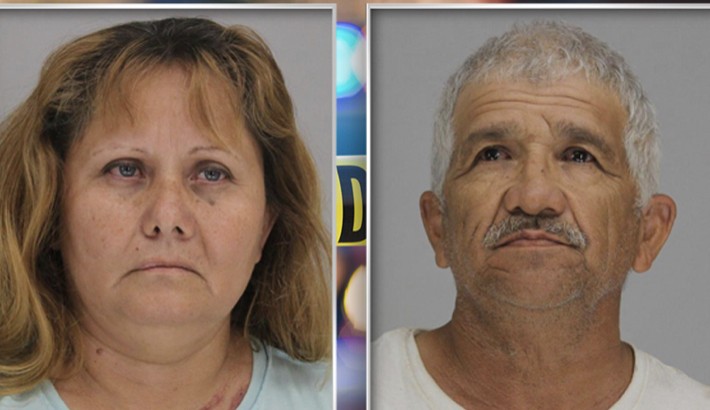 Dallas police removed two other children from the home where they found a 6 year old boy with his hands tied behind his back in a shed.
According to reports authorities were called to a home on Coston Dr Sunday night and when they arrived a neighbor pointed them to the direction of a shed in the backyard and that’s when they found a 6 year old inside with his hands tied behind his back.
The boy later told police that Lira would leave him locked up outside at night and then let him out in the morning and give him a plastic bag to use the restroom in.
He also told police that she would not let him enter the home and that she would bathe him by spraying him down with a water hose in the backyard.
He told police that his grandmother would physically abuse him by pulling his ears and kicking him and would even lock him on the shed at night with rats and roaches.
The boyfriend told police he was aware of the situation but did not want to have any part of it. He also told police that she would sometimes leave the boy outside for two weeks at a time.
Lira and Balderas were both arrested at the home and charged with endangering a child for placing him in imminent danger.
Their bond has been set at $100,000.