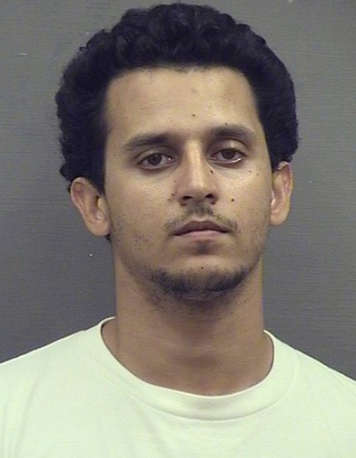 A Virginia rape suspect, who was released from jail for the Coronavirus pandemic, went and killed his accuser a month after being released.
According to reports Ibrahim E. Bouaichi,33, had been indicted on charges of rape, strangulation and abduction back in October after he assaulted Karla Dominguez in Alexandria.

She testified against Bouaichi in an Alexandria District court in December and he was jailed with no bond.
That’s when the pandemic hit and Bouaichi’s attorney argued that the virus was a danger to both inmates and their attorneys, and that Bouaichi should be freed while awaiting trial.
On April 9, Circuit Court Judge Nolan Dawkins released Bouaichi on a $25,000 bond, with the condition that he only leave his Maryland home to meet with his attorneys or pretrial service officials.
While out on bond Bouaichi returned to Alexandria on July 29 and shot and killed Dominguez outside her apartment.
Authorities immediately issued a video news release asking for the public’s assistance in locating Bouaichi.
Federal marshals and police spotted Bouaichi in Prince George’s County and pursued him, causing him to crash. When police went to arrest Bouaichi, they found him suffering from a self inflicted gunshot wound.
He was transported to a nearby hospital in critical condition where he died Saturday from his injuries.