After a jury determined that he had been racially profiled as he shopped at Walmart, a Black man in Oregon has been awarded $4.4 million.

Last year, Michael Mangum sued the retail giant and one of its workers, claiming that in March of 2020, he was trailed around a store in Wood Village, by a security employee. He said that he was asked to exit the facility once he confronted the worker. Mangum was at the store to purchase a light bulb for his refrigerator, a complaint noted. 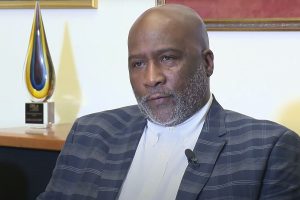 Allegations were made against Joe Williams, the security employee, that stated that he threatened to call authorities if Mangum didn’t leave the property. Mangum, who was also employed by a housing project in Portland and a youth counselor, wouldn’t exit.

Williams no longer works for Walmart, but the reason why is unknown. A company spokesperson, Randy Hargrove, has called the $4.4 million award, “excessive,” and added that Williams wasn’t trailing Mangum.

“Shopping While Black” is known in the Black Community when retail racism happens when a store worker assumes a person of color may steal and then follows and harasses the shopper.

Walmart has been involved in many cases like this, and some are ongoing.