In 2019, a parking lot fire occured at a Walmart in Fridley, Minnesota, and a six-year-old girl died.

Essie McKenzie claims that Walmart’s policy lets RVs and other vehicles be stationed in their store parking lots. They say it resulted in a California couple staying there in August 2019. A hot plate was used and caused McKenzie’s van to catch on fire as her two children were asleep.

A lawsuit claims wrongful death, stating that there was no supervision, permit requirements, or sanitation. It notes that Walmart has kept the store grounds unsafe.

On Aug. 6, emergency crews arrived to the store, close to 7:15 a.m. A van had caught on fire and several vehicles had been impacted. One of the vehicles was owned by McKenzie, whose children were sleeping inside of it as she shopped for food. 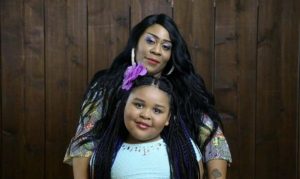 McKenzie’s daughter, 6-year-old Ty-rah, died from injuries she sustained. Her oldest daughter, Taraji, who was nine, had extensive injuries. Those wounds have now impacted her emotionally and physically, the lawsuit notes.

Detectives say that the fire started when Robert Lino Hipolito, 72, was camping in the Walmart parking lot with his wife in their minivan. He had been using a hot plate.

Hipolito was charged with second-degree manslaughter but later pled guilty to two felony counts of negligent fire. He was given 120 days in jail and three years probation.

The lawsuit states that Walmart allows campers to stay on their property as they expect that the campers will shop in their stores for items they need. It adds that Walmart didn’t have effective monitoring measures in place although they could have.

A $130,000 settlement in a civil suit was already granted by a judge in 2020 on behalf of the surviving sister.