Camera recording footage caught the moment that a worker at a Wendy’s, in Arizona, punched an elderly customer. The victim was left unresponsive and fighting to survive.

The recording shows the employee first take three beverages over to the customer on July 28. The victim is then seen pointing at them, making a complaint. 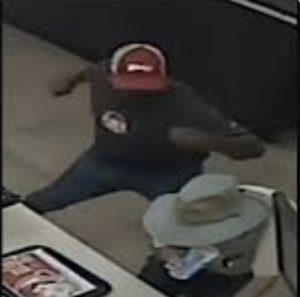 The unidentified customer then licks one of the drinks, not knowing that the worker was approaching him, slowly from behind.

The employee, named Antoine Kendrick, 35, then struck the elderly man on the side of his head.

“The customer fell to the floor, striking his head, and lost consciousness,” authorities say. Kendrick was apprehended.

As of Monday, the customer still remained in the hospital after being airlifted to the facility.

Kendrick never offered any assistance to the man; he simply grabbed his items and walked away. Authorities haven’t revealed what was said before the customer was hit.

Kendrick has been charged with one count of aggravated assault.