Drew Peterson is the well-known wife-killer who once attempted to kill a state attorney. It has now been determined that the ex-Ilinois police officer won’t be getting his pension.

In 2013, Peterson was given a 38-year prison sentence for the 2004 murder of his third wife, Kathleen Savio. In 2015, an extra 40 years was added to his sentence for conspiring to pay a hitman to murder James Glasgow, a Will County State’s Attorney. He is the person who prosecuted Peterson in the Savio case.

In 2007, Peterson’s fourth wife Stacy Peterson, went missing. She has never been found, and Peterson hasn’t been charged in that matter. However, authorities do believe that he is a suspect, and that case is still open. 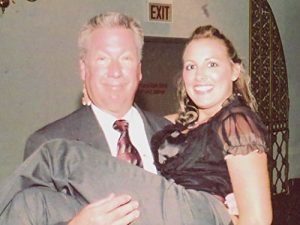 In 2016, the pension board decided not to grant Peterson his pension, citing that his murders were connected to his job. Peterson and his lawyers didn’t agree, so they filed an appeal.

On Thurday, an intermediate appellate court sided with the pension board. Because of the “manifest weight of evidence,” a pension from the Bolingbrook Police Department wasn’t granted. It was found that the “murder of his ex-wife was related to, arose out of, or was in connection with his service as a police officer.”

Court documents show that a couple of years after Savio died, Peterson told a friend of Stacy Peterson’s aunt that he was well-trained and could kill someone and get away with it. This was prior to him being charged with murder. The appellate court used this evidence when making their ruling.

An Illinois statue states that an officer’s pension benefits can be terminated if they commit a felony in connection to their service as a police officer.

Peterson has continuously tried to get his murder conviction overturned. He says that he didn’t get the proper counsel from his lawyer, experienced prosecutorial misconduct, and witness intimidation.