A Tennessee woman has been arrested after she allegedly slipped an inmate a drug while kissing him and he overdosed.

The incident happened back in February when guards spotted Rachal Dollard kissing Joshua Brown during her visit to the Turney Center Industrial Complex.

According to the Tennessee Department of Corrections Dollard used that opportunity to pass a balloon pellet containing a half-ounce of methamphetamine to him.

Brown ended up swallowing the pellet and later died at a nearby hospital. 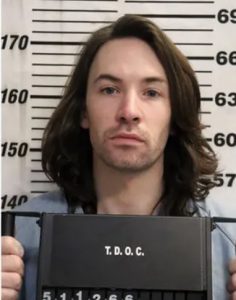 Dollard was arrested by Tennessee police this week and charged with murder and introduction of contraband into a penal facility.

Brown had been serving an 11-year sentence on drug-related charges, according to records. His sentence was set to expire in 2029.