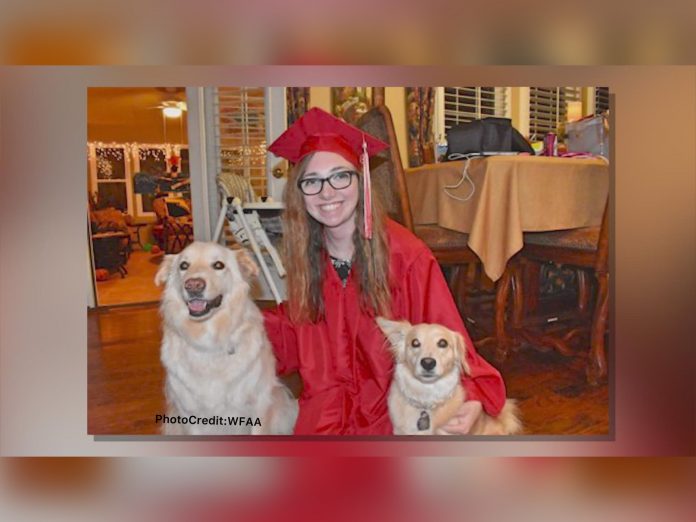 A 22-year-old Dallas woman is suing after alleging that the dog that she was paid to take care of “permanently and catastrophically” disfigured her.

Jacqueline  Durand, a student at University of Texas at Dallas, was employed by a Coppell couple last month. She was hired to dog-sit their three dogs while they were out of town and has now filed a lawsuit against them.

According to reports, she went to their home around 5:30 p.m., two days prior to Christmas. As soon as she opened the door, the mixed-breed German Sheperd and mixed-breed pit bull attacked her.

Officers who arrived on scene witnessed  the residence’s glass storm door wide-open and not connected to the hinges. They also observed a substantial amount of blood in the hallways and evidence of a struggle.

They then heard a woman groaning and found her lying on the floor with facial wounds.

Durand was then transported to a hospital.

One of the pets had also bitten a neighbor as they had gone over to check on the home when they were alerted by the wireless doorbell.

Now, Durant has had several surgeries after losing both ears, her nose, lips, and part of her cheeks. She has several injuries throughout her body and remains hospitalized.